Billie works with local, national and global policy-makers and practitioners. 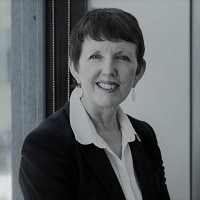 Billie is a distinguished professor at RMIT University. At RMIT, she is the director of the Centre for Urban Research’s Healthy Liveable Cities Research Group.

Before joining RMIT in 2017, she was a Redmond Barry distinguished professor at the University of Melbourne and director of the McCaughey Vic Health Community Wellbeing Unit. From 2003-2020, she was a NHMRC Research Fellow; and was named as a NHMRC Elizabeth Blackburn Fellow from 2016-2020.

For over 20 years she and a multi-disciplinary research team have been studying the impact of the built environment on health and wellbeing.

From 2014-2020, Professor Giles-Corti led an NHMRC Centre of Research Excellence in Healthy Liveable Communities. She is currently a lead investigator on the Australian Prevention Partnership Centre and the JIBE project, a joint project with Cambridge University.

She has published over 300 articles, book chapters, reports and by citations, is ranked in the top 1% of researchers in her field globally.