Nigel has a range of experience working with government and university bodies at different scales on urban and institutional projects. 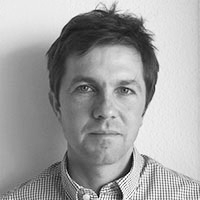 Nigel is a director of NMBW Architecture Studio. He is also a practice professor of architecture in the Faculty of Art Design & Architecture at Monash University.

He is a Fellow of the Australian Institute of Architects.

Nigel established NMBW Architecture Studio with Marika Neustupny and Lucinda McLean in 1997. Their architectural work has been widely published and awarded across categories including:

In 2010 Nigel completed his PhD through architectural project at RMIT University, where he taught for 11 years and was co-director of the Urban Architecture Laboratory research unit.