Paul is a respected architect with 30 years of design experience. 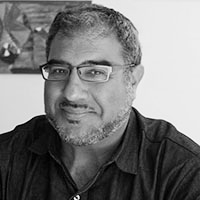 Paul Katsieris is the principal of Katsieris Origami: Architecture & Urbanism. Katsieris Origami was founded in 2009 and focuses on combining contemporary cultural discourse with built work. The studio has designed a diverse series of projects including:

Prior to 2009, Paul Katsieris was an Equity Principal of HASSELL and was with the firm for 21 years. During this time, he led the architecture discipline in Melbourne and was the Design Principal for the:

Paul was a government advisor for the architecture of the new Royal Children's Hospital. He is active in architectural design education and runs thesis-level design studios at the University of Melbourne and Deakin University.